oil leaks in cars - finding the cause solution

Your vehicle may have a fuel pressure regulator, which has the job of maintaining the pressure in the fuel system so that the fuel and air ratio can be properly balanced. While not all vehicles have this part, it is still important to know the warning signs that the part is damaged and needs to be repaired or replaced.

There are some parts that give very specific warning codes to indicate that something is wrong with a part. Unfortunately, the fuel pressure regulator doesn't produce a precise error code. You'll often see codes related to rich conditions in the engine, which are caused by the engine getting more fuel than air. It can eventually lead to error codes for misfiring cylinders since you'll have carbon buildup on the engine cylinders over time from those rich fuel conditions.

Fuel Within the Vacuum Line

If you have rich engine conditions due to too much fuel going to the engine, it is going to result in poor gas mileage. Fuel is being wasted because the fuel pressure regulator isn't doing its job, so you may find yourself needing to refill your gas tank more often than you usually do to keep up with the wasted fuel.

Your engine is going to run the smoothest when it has the proper mix of air and fuel for the combustion process. Adding too much fuel to the mix is going to cause the engine to run inefficiently and cause rough idling. You'll notice more vibrations when the vehicle is turned on but not moving, such as at a red light or stop sign.

Be sure to see a licensed mechanic for car repair. 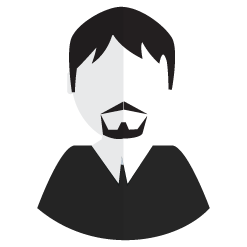 Oil leaks happen in all kinds of cars. Do you have an oil leak that is costing you a small fortune in oil to replace what continues to leak out? How you go about fixing the leak depends on where the leak is coming from. This blog shows several things for you to inspect. You will learn common causes of oil leaks, the repairs to solve the issue and tips for preventing oil leaks in the future. We will even show you how to clean the surfaces that the oil has leaked on from the engine block.